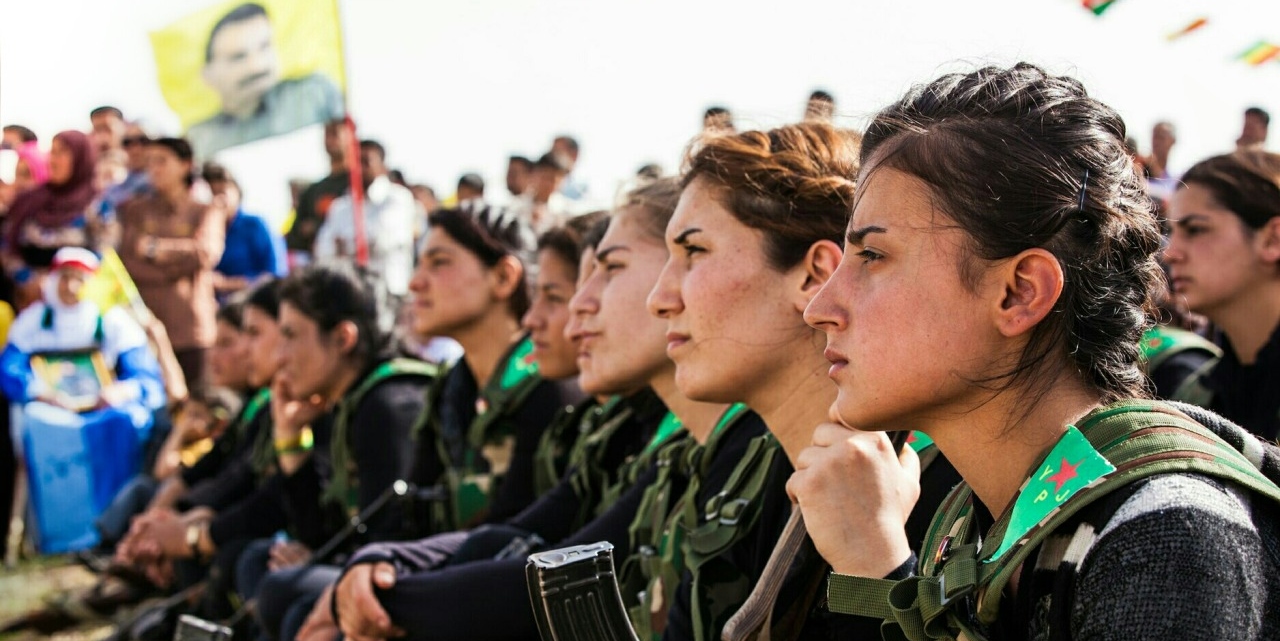 To the public.
In the personage of our comrades Barîn, Hevrîn and Amara, we once again commemorate all resisting and struggling women around the world and renew our promises to them.
On the evening of October 21, in the Çelbê village of Kobanê, our fighters were holding their front positions in the framework of their right to self-defense. The Turkish state and its gangs attacked them with heavy weapons despite the ceasefire agreement. Based on their right to self-defense, our fighters responded to the Turkish army and its gangs. Our comrade Amara and a group of our comrades resisted until the last moment. The barbaric treatment of these gangs of the body of our comrade Amara are the very same methods of the Islamic State. With a sacrificial spirit, our fighters rose up in the Resistance for Dignity against the occupier gangs of the Turkish state, in Serê Kaniyê, Gire Spî (Tel Abyad) and beyond. The rage and hatred of these gangs is a result of our fighters’ resistance.
The Turkish state and its gangs are committing great atrocities against struggling women, to annihilate the ancient cultures that women represent. These gangs tied to the occupying Turkish state that have brutalized our comrade Amara show the extent of the fascism of this state. Yesterday, Barîn in Afrin. Today, Hevrîn and Amara.  These dirty and immoral actions are the outcome of the Syria policies of Trump and Putin.
We therefore call on all women and women’s and human rights organizations in the world to take a stance against the invasion of the Turkish state. In the past, women around the world showed their great support for the YPJ’s war against the gangs of ISIS. Women everywhere saw the YPJ’s struggle as their own struggle. Today, the same stance is required in the face of the brutal attacks. We call on the international community and all human rights organizations to stand against those, who are committed to the systematic elimination of women.
This barbarism will never diminish the willpower and determination of our commitment to our right to self-defense. To do justice to Barîn, Hevrîn and Amara, we are ready to do whatever work or sacrifice is necessary. Once again, we express our promise to protect all women in the spirit of defending also all the societal values that have been expressed in the revolution of Northern and Eastern Syria.
YPJ General Command
October 23, 2019